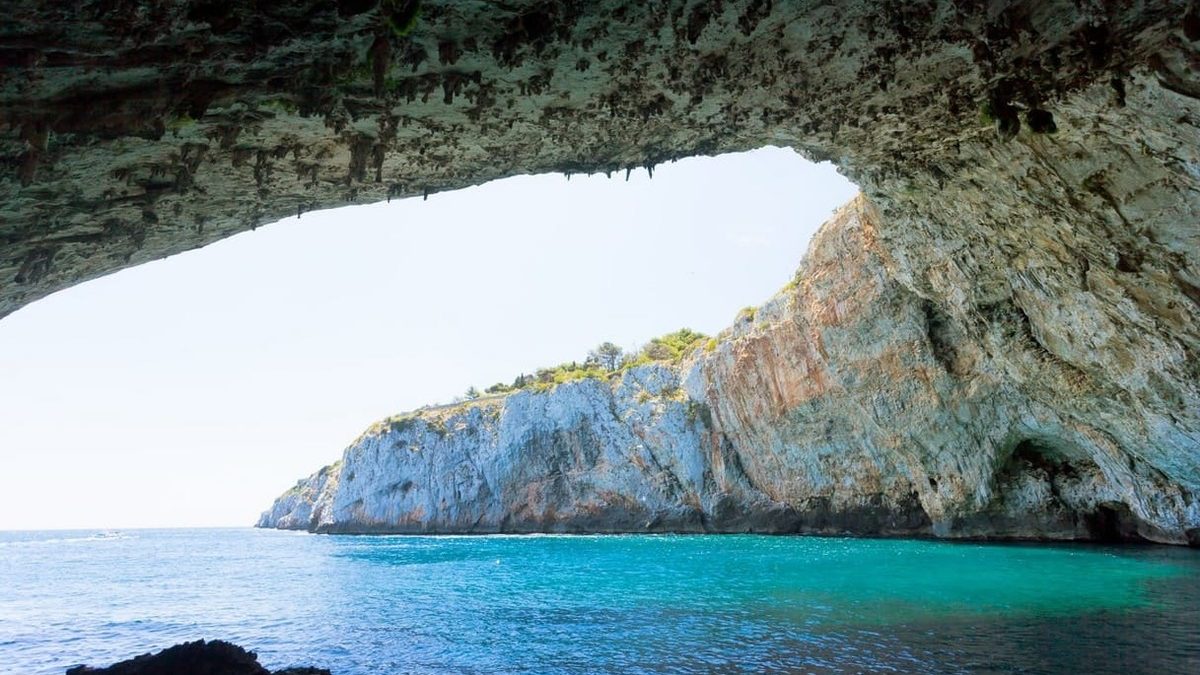 A majestic entrance dug into a wall overlooking the sea of Castro welcomes the Cave Zinzulusa, one of the major karst phenomena of Salento.

The cave opens at the bottom of a vast inlet, surrounded by high walls overlooking the sea, in a beautiful scenery; a staircase allows you to descend into the water, while a path carved into the rock leads to the cave.

The cave Zinzulusa has offered, like other caves in the area, important fossils of animals and traces of artifacts from prehistoric times. In the visit you walk through a tunnel, between suggestive stalactite and stalagmitic formations and lakes of pure water. 156.50 meters long and electrically lit, the Zinzulusa was opened to the public on 13 August 1957. The atrium consists of an imposing cliff that rises for more than 30 meters. Looking from the atrium outwards you have a wonderful glance: the wide niche, especially on clear days, is beautifully illuminated by the rays of the sun. By some steps in the rock you reach the entrance about 10 meters from the sea level.

The legend of the Zinzulusa Cave

Popular tradition says that once, near the place, lived the Baron of Castro, lord of the lands around the country, a cruel and evil character, and very rich, who for his wickedness left his wife to die of pain and made the poor daughter dress only with rags. His avarice and greed were such that, despite the large amount of money he was provided with, he preferred to accumulate goods rather than spend some money to dress his daughter.

The child, lacking in care and paternal and maternal love, grew dark and sad. One day, however, a good fairy appeared before the child, and gave her a beautiful dress, tearing up the old and worn one she was wearing. The rags (in Gypsy dialect) flew with the wind until they settled on the walls of the cave, where they petrified. From that moment on, the cave was called Zinzulusa because its ends were adorned with rags of clothes.

The Baron instead was thrown by the fairy deep in the water below the cave, and where he settled, gushed from the seabed of infernal waters, creating the pond called Cocito; According to legend, the crustaceans who witnessed this event were blinded forever. Instead the child married a rich and good prince, and her life changed forever.