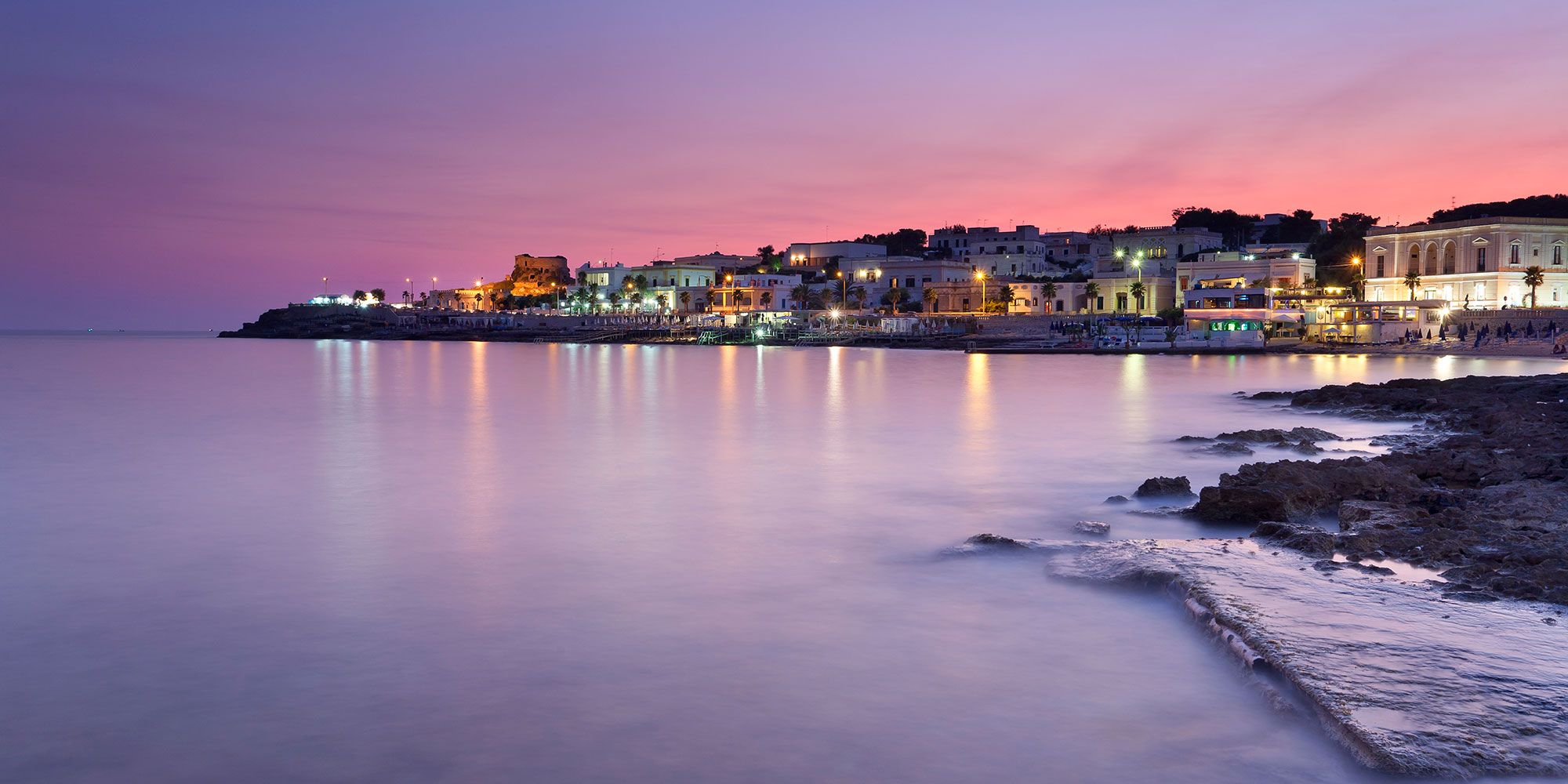 Santa Maria di Leuca is a seaside resort rich in beautiful Art Nouveau, Moorish and neoclassical villas. Located a few steps from the square of the Basilica Santa Maria de Finibus Terrae, the Lighthouse of Leuca overlooking the small town; offers the opportunity to admire a fantastic view, and is the reference point, today as in the past; of seafarers who sail the waters of the Mediterranean and approach the coast of Salento. According to the legend, the pilgrimage to the Sanctuary is an obligatory stage for the entrance to Paradise, and if not executed in life the soul will have to perform after death. On the square, a cross and a seventeenth-century column mark the place where he would have preached Saint Peter landed here from the East.

From the balcony and from the paths contiguous to the square, splendid panorama on the rada of Leuca. Santa Maria di Leuca juts into the sea its end, the Punta Meliso, which is not however the southernmost point. The southern end is Punta Ristola, which is seen at the opposite end of the harbour.

Legend tells of the mermaid Leucasia, beautiful with her blond hair, blue eyes and skin as white as milk.

One day Leucasia sighted on the coast a young shepherd named Melisso, while he was grazing his flock by the sea. The mermaid fell in love and tried to charm him with her song, but Melisso resisted as hopelessly in love with the young Aristula.

Leucasia, mad with jealousy, decided to avenge the affront immediately. As soon as he saw the two young lovers walking on the coast, he unleashed a terrible storm on the two young men, whose bodies were thrown on the rocks and then into the sea, thus finding death. Leucasia, not happy, drove their bodies away even in death, posing them at the ends of the bay.

The goddess Minerva watched the scene and felt pity for the two young people: she decided to make them immortal, turning them into two headlands. Punta Ristola to the west and Punta Meliso to the east. Leucasia repented of the evil done and committed suicide, also petrifying giving rise to the village of Leuca

Now it is a fantastic place for summer holiday, with tourist facilities, worldliness, dancing, sea, events, beaches, sun and festivals, but also and above all history, it means retracing a centuries-old path in which every age and population has left tangible traces of their passage, it means admiring architectural beauties, unique and wild landscapes, it means immersing yourself in particular and engaging atmospheres, inebriate of typical aromas, characteristic sounds, unique flavors. Leuca is all this.