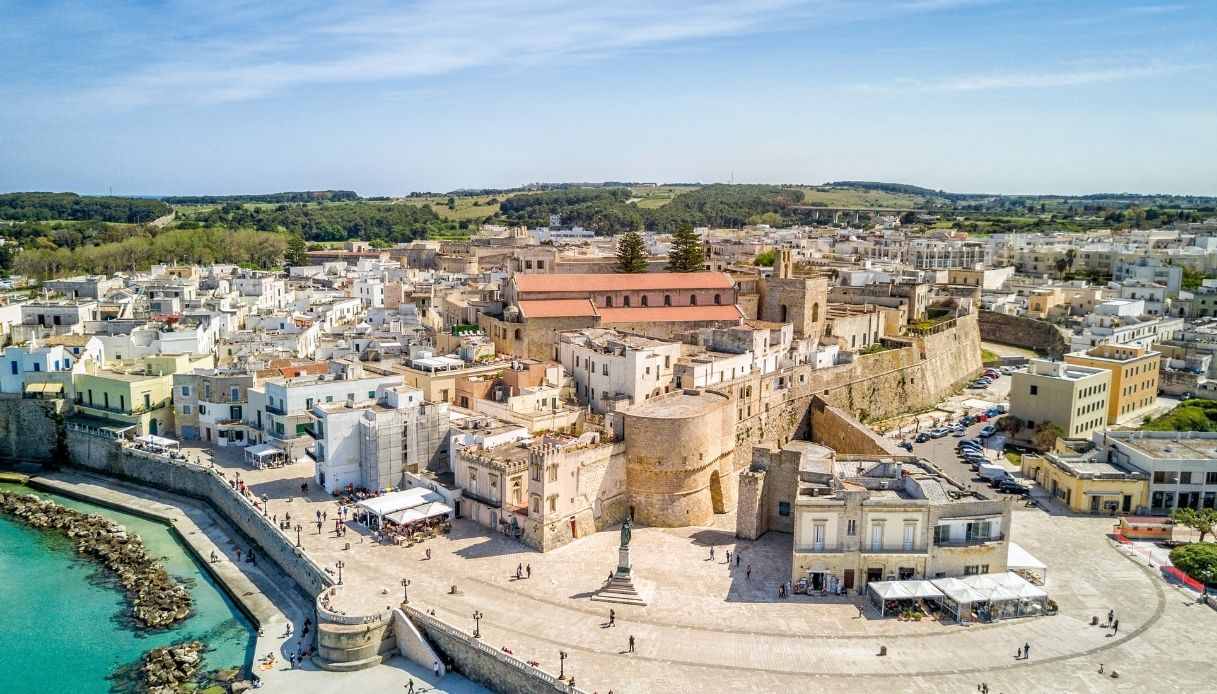 Is located in the center of a valley, on a small promontory. Otranto is the most eastern city in Italy. On clear days, on the horizon you can see the profiles of the Albanian mountains. Because of its geographical position, Otranto has always been a bridge of union between East and West; and for many centuries it has represented the political, cultural and commercial center of Salento, so much so that this province is also called Terra d’Otranto.

The town, surrounded by hills, embraces a bay, at one end of which is the port, in front of castle and the ancient ramparts. Old town, which has remained almost intact, amazes with its beauty; the narrow streets form an intricate grid and are paved with living stones.

Otranto is all this and more. A municipality of 5,600 inhabitants that in summer sees multiplied its population for the beauty of the places, for the uniqueness of the sea and for the importance that it covers within the economy and tourism of Salento.

But the beauties of Otranto are not limited to the old village and the historical importance of its artistic treasures. One of the main attractions of the city of martyrs is in fact the incomparable sea and the beautiful natural scenery: the Bay of the Turks, historic place of the landing of Turkish soldiers, with its Caribbean beach and the clear sea as few, It’s going to look like the Caribbean! Alimini Lakes, two splendid basins of fresh water one, and salty the other, fed by several springs and surrounded by a fantastic Mediterranean maquis and introduced by a very white strip of sand. Or even the highest and rocky part of Torre Sant’Andrea and Torre dell’Orso, where the coast takes on the characteristic shape of huge coves that, through the action of the wind, are presented as large bays of smooth rocks, softened, carved.